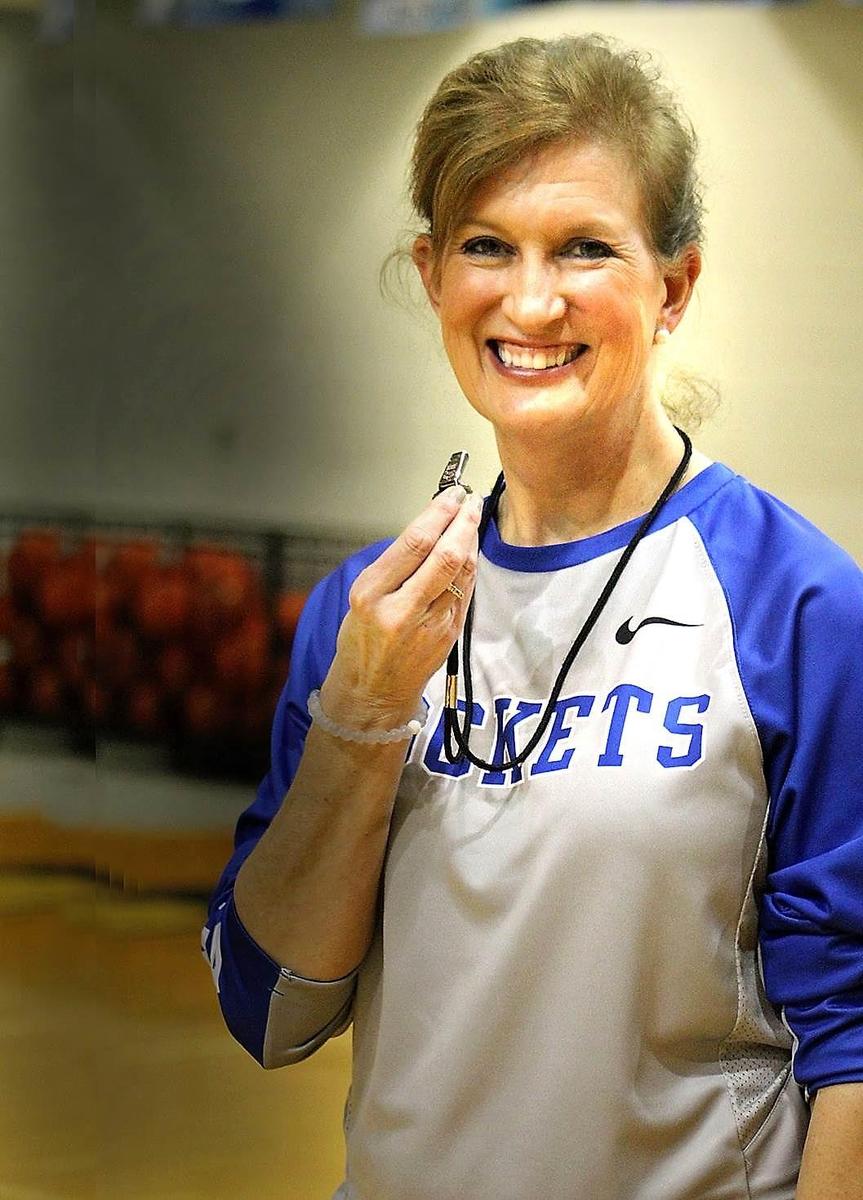 for the Lady Rebels, set the 1A state record of :12.20 in the 100-meter dash in 1980 state meet—a mark which still stands today.  As a sophomore in 1978, won the 440-yard dash, anchored the winning 4x100 relay team.  As a junior, won the first of 2 consecutive state titles in the 400-meter dash and added another victory in the 4x100 relay.  As a senior, swept the 400, 200 and 100-meter sprints as TCCHS repeated 1A state runner-up.  For outstanding track achievements, was awarded a track scholarship to Murray state, where she helped the women’s outdoor track team win the OVC championship in 1981 and 82.  In 1983 set the Murray state women’s indoor record in the 55-meter dash.  She earned both B.S. and M.A.E. degrees from Murray State University.  After 27 years of teaching elementary P.E., coaching track & field, cross country, and servicing as AD of Crittenden County she was inducted into the Marion-Crittenden County Athletic Hall of Fame.  She was recognized for outstanding achievements and induction into Dewahares/Kentucky High School Athletic Association Hall of Fame.