Mr. Hightower attended Claymour School and Vanderbilt Training School of Todd County.  He received both his Bachelor’s and Master’s degrees from Western Kentucky State College. Upon graduating from college, taught and became principal 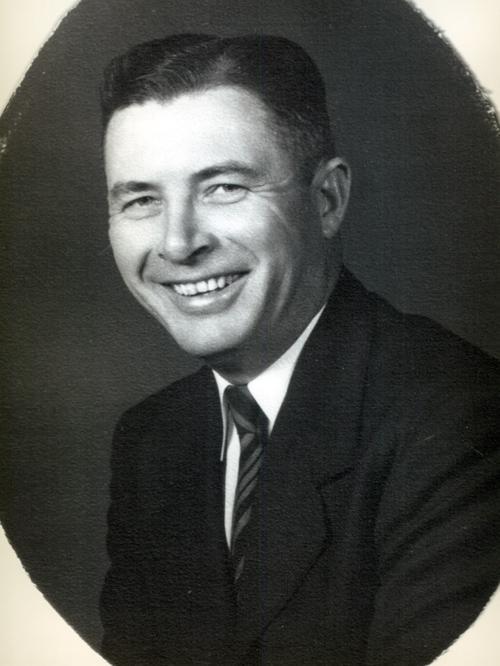 of Sharon Grove, Kirkmansville, and Guthrie schools.  At age 31, Claude was elected Superintendent of the Todd County School District.  He was once the youngest school superintendent in the state of Kentucky.   After a merge of districts, he became the first and longest tenured superintendent of the Todd County Board of Education, 35 years.  Claude oversaw a mass consolidation of county schools through construction of new schools; grades 1-12, in Clifty, Elkton, Guthrie and Trenton, mostly funded through the WPA of President Franklin Roosevelt and the final phase of Todd Training School.  He later became principal of Belmont Elementary School in Hopkinsville.  He was president of Rotary, a member of KEA, NEA, Kentucky Elementary Principal’s Division, served on Todd/Logan Water District, chairman of the Todd County Bookmobile Committee, and a member of Petrie and Pleasant Hill United Methodist churches.